I am now offering personal home renderings as a new service. For only $80 I will draw and render an 8x10 portrait of your home. These make great Christmas gifts! Email me if you are interested: amber.horch@hotmail.com

So, if you didn't notice, I took a nice little break from blogging. We just got back from visiting my husband's family in Western Washington for the holiday. I hope you all had a wonderful Thanksgiving! I know we did. It was very relaxing and so fun to see our family. Now that Thanksgiving is over I am ready for the Christmas season! I turned on Christmas music this morning for the first time, and I can't wait to start getting some decorations out.  I have a lot of unpacking and laundry to do before that happens though, so I better get off the computer.  :)

But, before I go here is a little something to ooooo and awww over. :) While I was on vacation, I got my Baby and Child Restoration Hardware catalog in the mail and swooned when I saw this adorable boys room: 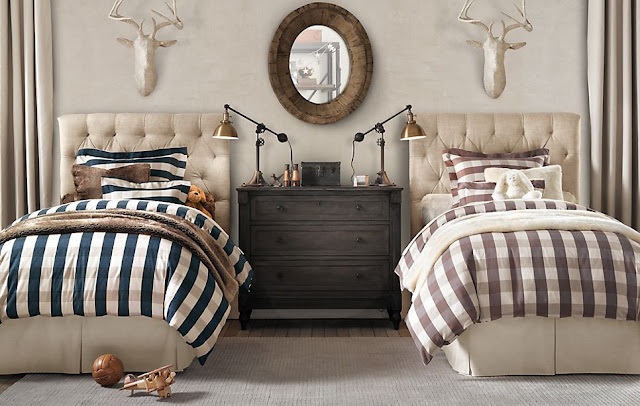 source
I LOVE that blue striped duvet!
Posted by Amber Horch at 9:54 AM 2 comments

I am always excited when I get a new Pottery Barn catalog in the mail. I never can afford anything, but I always find so much inspiration there. Here are a few of the things I am loving.

Sorry this pic is a little grainy because I had to scan it in, but check out the numbered baskets! What a fun way to liven up some functional yet boring storage baskets. 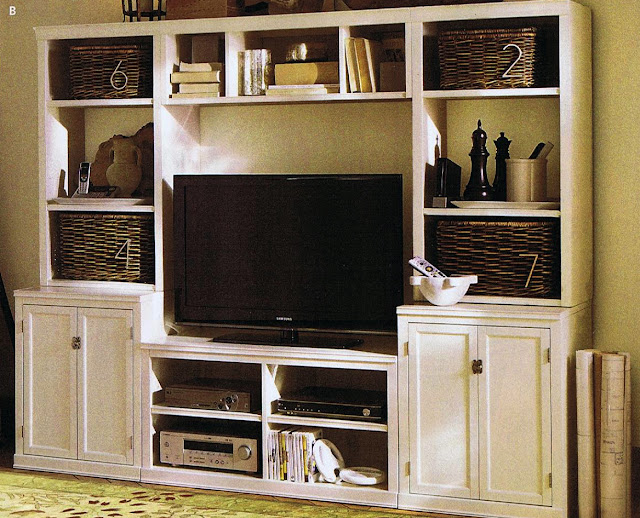 Just use some house numbers. These one from Lowes are only $4.98 ea. 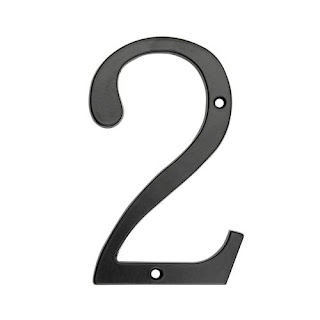 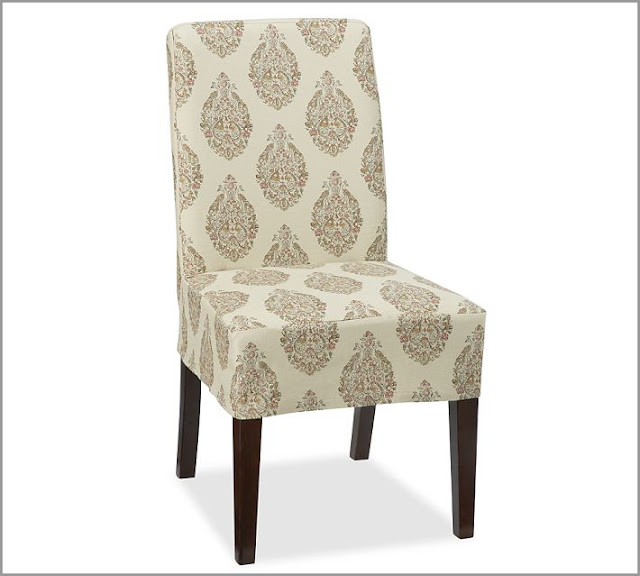 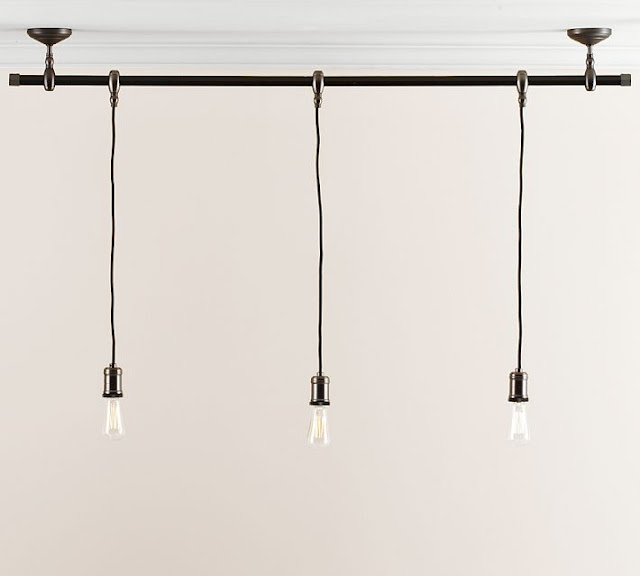 The Holiday catalog also got me really excited to start decorating for Christmas. I am trying to hold off, but is is very tempting. I have been seeing a lot of silver and gold holiday decorations and I love the combo. My tree decorations are silver and gray but this year I might have to add some gold to them. 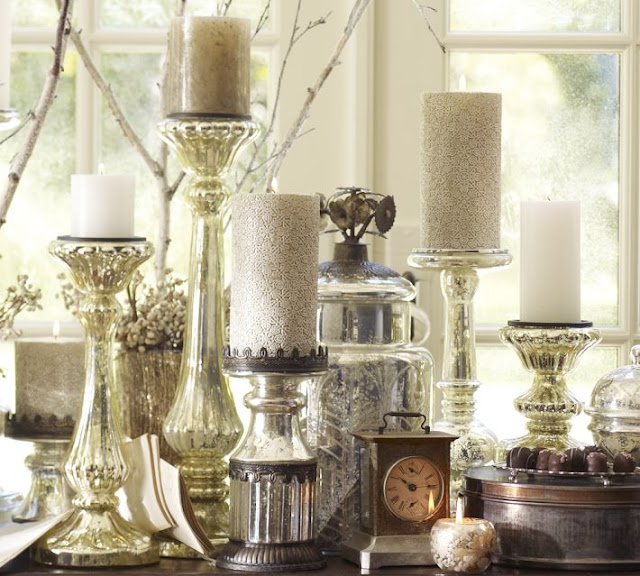 I thought these Magnolia Lights from Pottery Barn were super cute and easily DIY-able. Christmas lights and paper....anyone want to try? 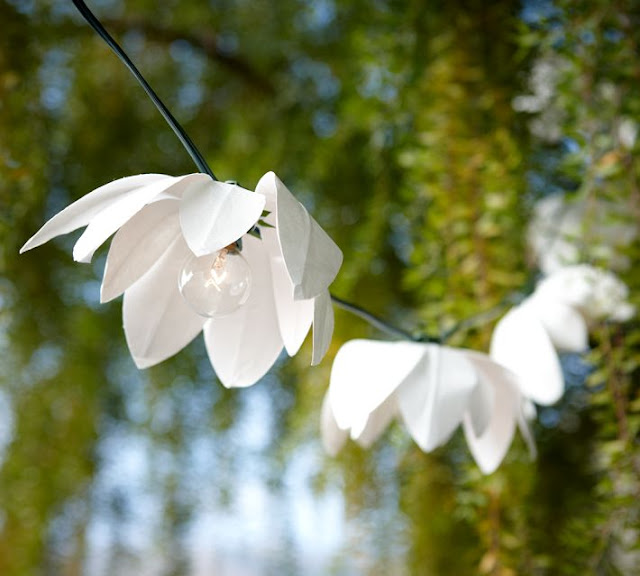 One of my favorite decorations I saw in the PB catalog was this antler art. 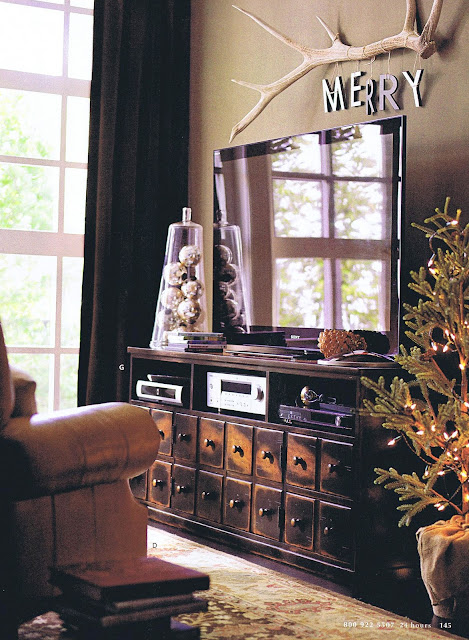 It's rustic, yet a little modern, and so fun! Antlers also could be great to hang stockings from.
Posted by Amber Horch at 11:52 AM 4 comments

I recently did a design board for a neighbor of mine who is putting her house on the market. She wanted to make it look more presentable. It is a gorgeous 1930's brick home with tons of character. In her living room there are two gorgeous stained glass windows on either side of the fireplace. I decided to work with the warm colors in the glass. 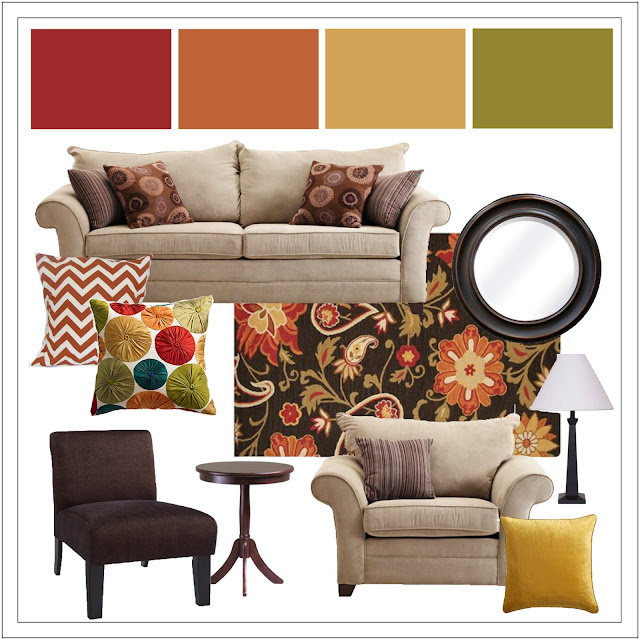 Email ThisBlogThis!Share to TwitterShare to FacebookShare to Pinterest
Labels: Boards

This is what I have been working on the past few days:

I frequently do renderings of exteriors for my cousin who is a builder. I love how this one turned out. I really like the blue siding. I love to draw and render. My drawing classes were definitely one of my favorite courses in design school.
Posted by Amber Horch at 10:46 AM 1 comments

I am still working on sprucing up my kitchen. There have just been a few things holding me up. My daughter's party was one of them, and then this last weekend my handyman (also known as husband) shot an elk, so every night this week he has been, literally, up to his elbows in meat. Disgusting, I know. Anyway, I have been trying to find some options for a new light above my sink. Here are some lights from Lowes that I have been thinking about. 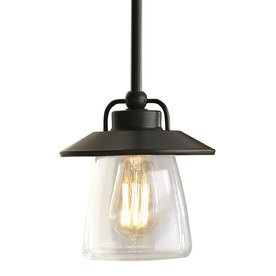 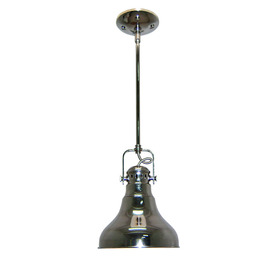 But then, on Pinterest last night I saw this: 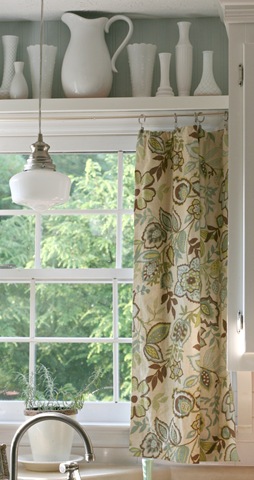 I LOVE that light! It has a classic look to it that I think would be perfect in our 1940's home. The price isn't perfect though. I found a similar one here, but it is more than I wanted to spend, so I am going to keep looking for a less expensive one. Wish me luck!
Posted by Amber Horch at 8:35 AM 5 comments

My daughter's first birthday was this week, so of course I wanted to throw her a party. Let me just begin by saying that the day didn't go exactly as planned. There was quite a few ups and downs. It started with me puking my guts out the night before and thinking, "We are definitely postponing the party." I had some stomach flu thing, but luckily by morning I felt great, despite the fact that I didn't get much sleep, so the party was back on. But then, my daughter started acting a little cranky. So of course a million worries are running through my head, "Oh no, is she sick now? Maybe she is just tired because I woke her up a few times last night. Maybe she is teething." I don't know if I should cancel the party or not. The whole morning I am going back and forth trying to figure out what to do. I finally decide that we are just going to do the party, and pray that the baby doesn't get sick in the middle of it. So, with all of that going on I was pretty stressed trying to get everything done that I wanted to do, and the party decorations weren't as perfect as I pictured in my head. But with all of the drama, my baby girl had a wonderful time at her first birthday party, and that is all that matters.

I had fun making the invitations. (I edited out my daughter's name. It didn't just say "E" :) ) 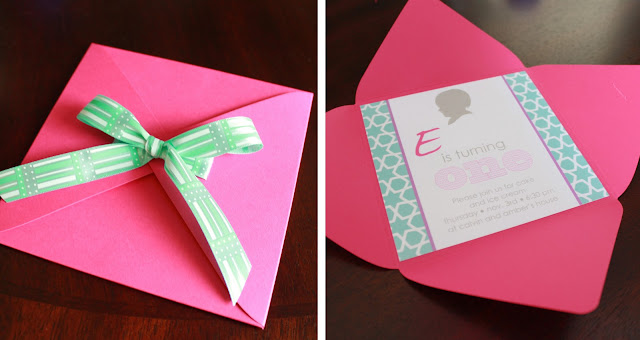 The birthday girl all ready for her guests to arrive! 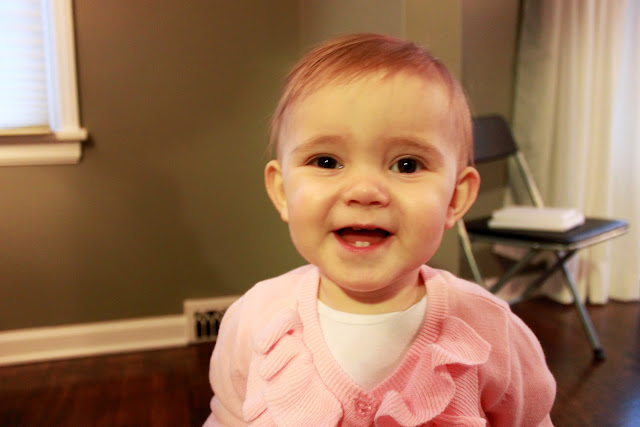 I, of course, had to make a cute little birthday banner. I made it with cardstock and used crepe paper for the ruffles. And I apologize for the crummy pictures. The party was in the evening, and I had planned to take good pictures before it got dark outside... but that didn't happen. 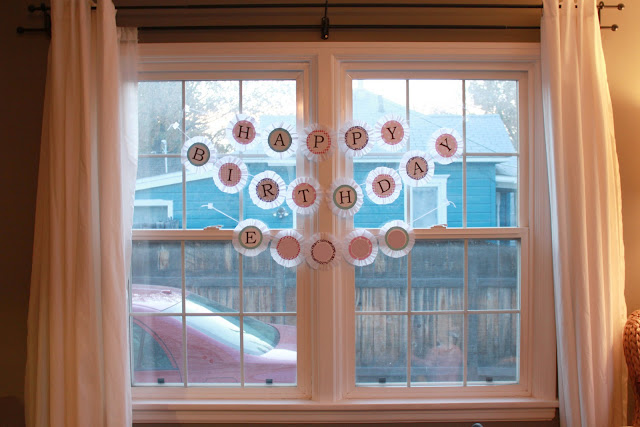 I set up a few pictures on our entry table and then the guests placed their presents there as they came in. 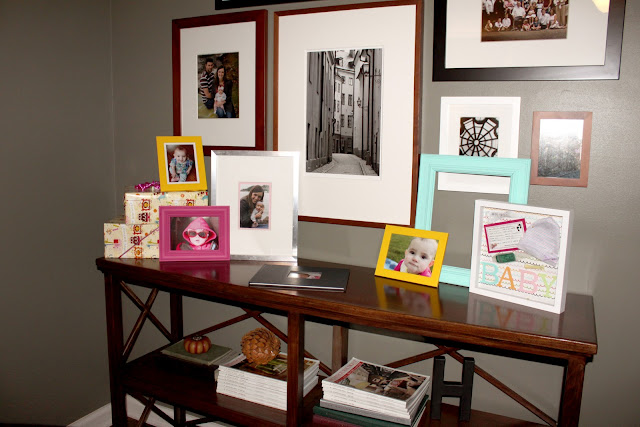 I took a cake decorating class in college, so I like to make cakes. For E's I decided to do an ombre look. 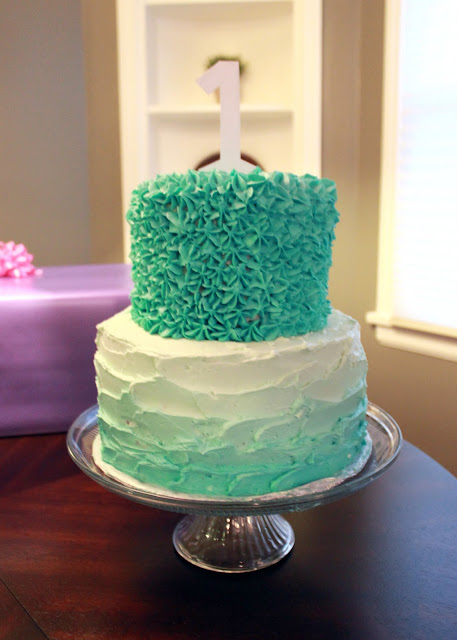 And decoration with the most effect was the pom pom chandelier. I made the pom poms myself and then hung them and the paper lanterns to the light chain. I loved the way it turned out! 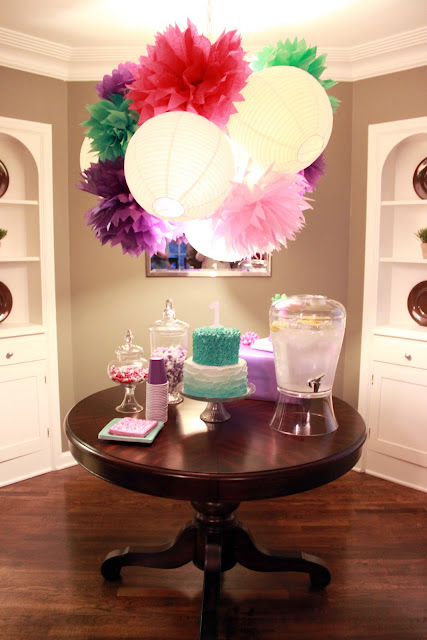 The party was a huge success! E loved her cake, that she insisted on eating with a spoon. 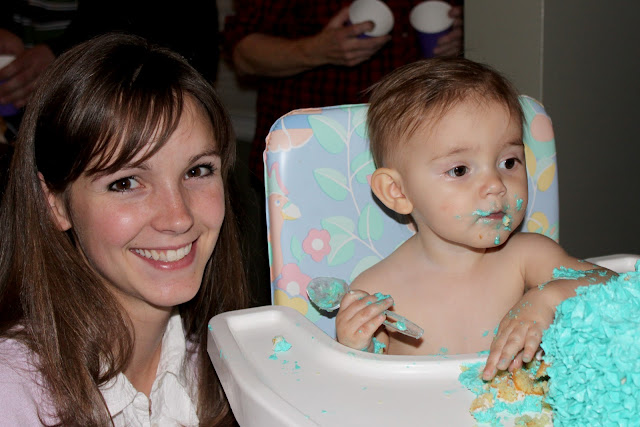 She was having the time her life... 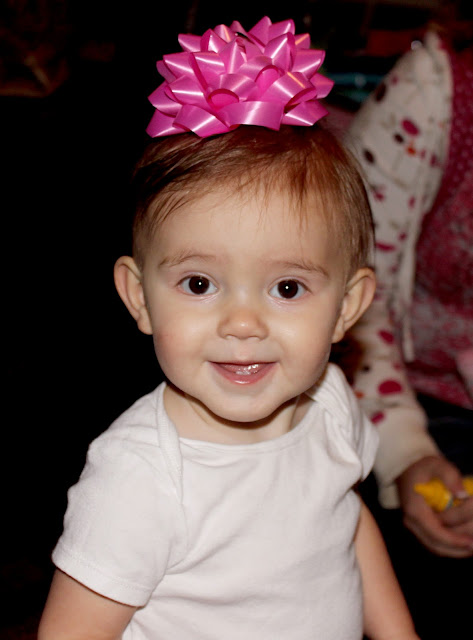 until, right after the guests had left, she fell and cut her eyebrow open. Luckily, she is fine. We took her to the doctor, and it was just a minor cut, but I told you the day had it's ups and downs.
Posted by Amber Horch at 3:15 PM 4 comments

I have been looking for a high chair for a while now. We have been borrowing my parents old one. I really wanted a wood high chair because they have so much character, but I was having a few issues trying to find the prefect one. First of all, antique chairs are kind of hard to come by. At least where I live they are. Second, all the antique ones I found were overhead trays, which I didn't want. I wanted a sliding tray. The third problem I was having was most of the antique high chairs weren't very stable. Which is understandable because they are old, but if I am going to putting my child in it I want it to be safe. The last issue I was facing was the prices. Most of the antique chairs were approximately $80, and I found a brand new one for $135 but both of those prices were just way out of my range. Well, anyway, after searching and searching I finally found this little beauty: 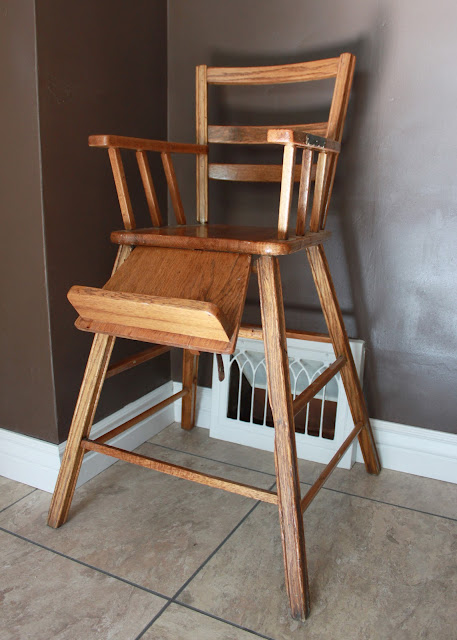 I found it at an antique store. I have no idea how old it is, but I love it! I love it's simple clean lines, and it's really sturdy. But, what really sold me on it was the price. I only spent $25!!! It is missing the tray, but my crafty husband said he could easily make one. Now I just need to figure out what color I am going to paint it. I am thinking about doing a fun color like one if these high chairs. 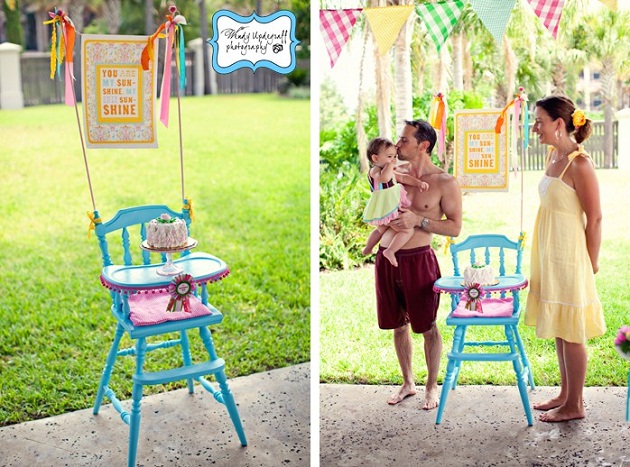 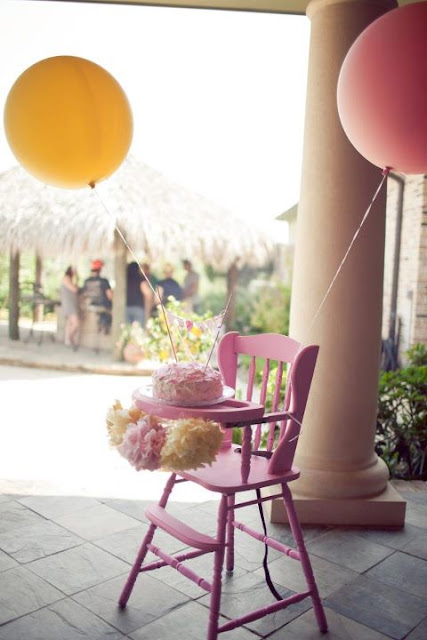 I was hoping to have a cute high chair for my baby's birthday this week, but I don't think it is going to happen. Oh well. I will still have to take some cute pics of her in it when it is done.
Posted by Amber Horch at 8:18 AM 2 comments

Email ThisBlogThis!Share to TwitterShare to FacebookShare to Pinterest
Labels: Kitchen

I recently did an online design board. My client wanted to give her living room blue and green accents and make it feel more light and airy. Here is what I came up with: 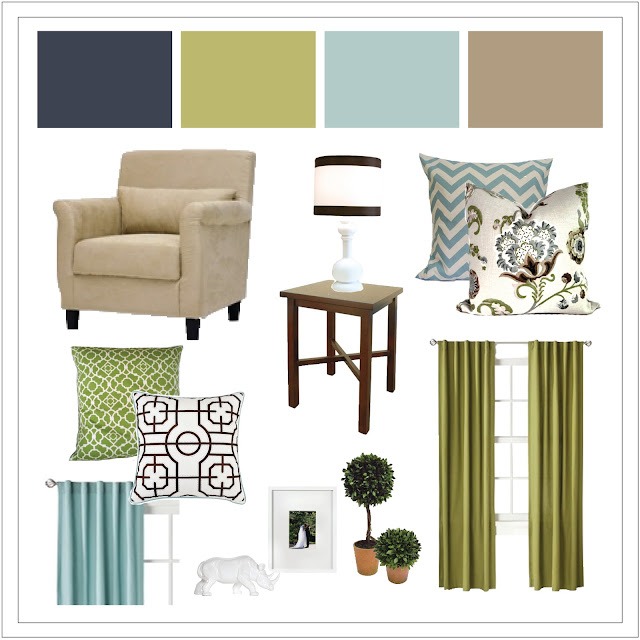 I also did a quick sketch of the space to give my client an idea of furniture and accessory placement. 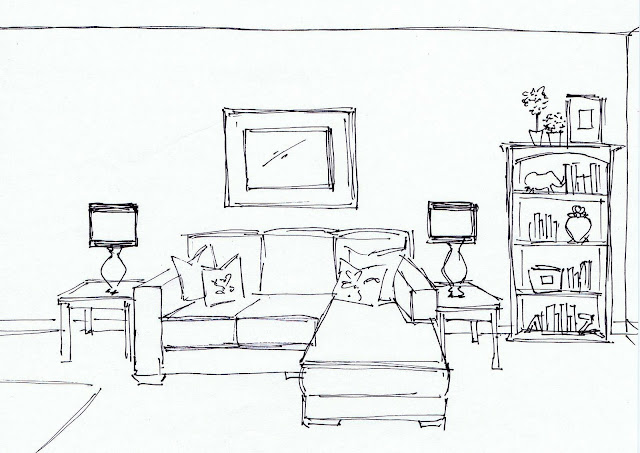 I am happy with how it all turned out. I can't wait to see it come together!
Posted by Amber Horch at 8:26 AM 8 comments 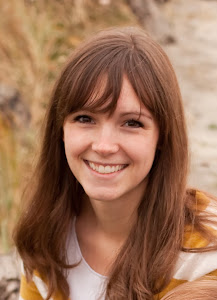 Hi, I'm Amber. I have my bachelors degree in Interior Design and I am a stay-at-home mother of two. My husband, Calvin, owns a residential construction company in Southeast Idaho, so together we enjoy all things houses! We are currently living in our second home that we finished building last year. Our first home was a 1940's charmer that we lived in for 5 years and made it our own. I started this blog as a way to journal our past, present, and future projects.

Click here to find out what paint colors I used.

You can email me at amber.horch@hotmail.com

Want to build a home in Southeast Idaho?